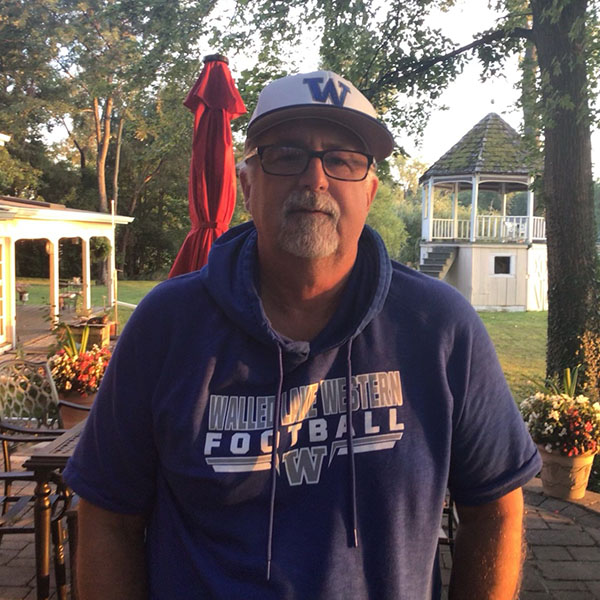 Zachary Gammo, number 64 played for our 2021 Honorary Captain, Jim Cioroch, father of WLW Head Coach Kory Cioroch. Jim has been fighting stage 4 Renal Carcinoma since 2015. Jim considers his battle with cancer synonymous with football and life in general. He focuses on having a positive attitude and the drive to overcome each and every obstacle that gets handed to him and refuses to quit no matter how hard it gets.